Urban transports spatial footprint: how much space is used by transports in the city?

In dense cities, space is a scarce resource. There is a significant difference in the space used by transport modes. Active modes, such as walking or cycling, are up to twenty times more space-efficient than the average car. Indeed, car-based transport systems require a set of infrastructures that include roads and parking spots.

What is the spatial footprint of transports?

Measuring the space used by transports takes more concrete a meaning when the economic and environmental impacts involved in the spatial footprint are considered. Two derived indicators can be built to showcase the significance of the space allocated to transport in economic and environmental terms, and thereby illustrate the different impacts encompassed by the spatial footprint concept.

The economic evaluation of the space used by transports is the space allocated to transports multiplied by the land real estate value. This gives a monetary value of the transport spatial footprint.

The ecological transport footprint can be calculated by adding the space allocated to transports to the forestry land required to sequester the transport-related CO2 emissions. 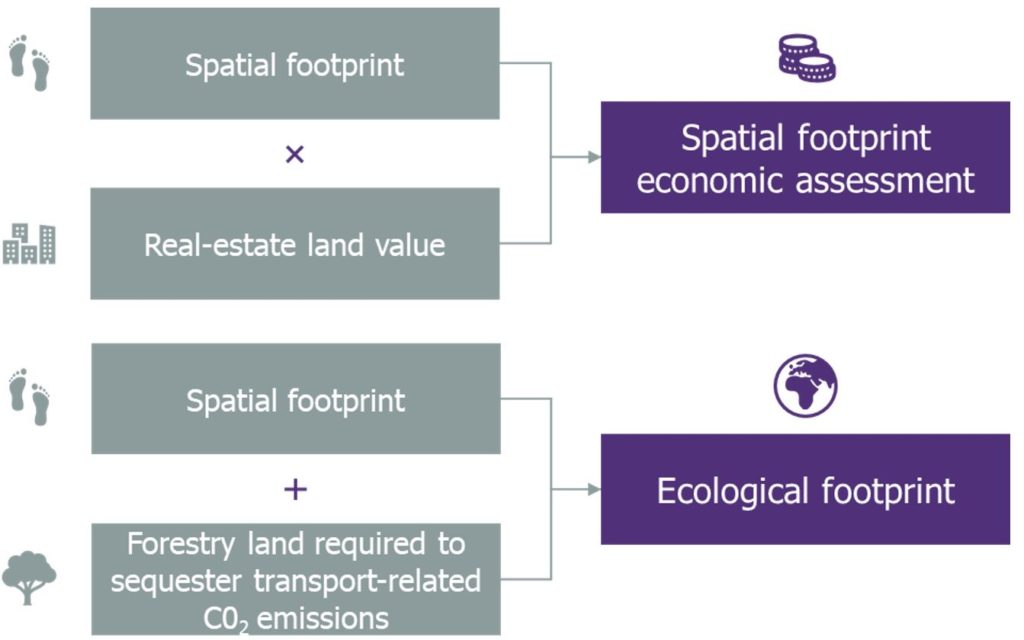 What does the indicator address?

First, the spatial footprint points at a major root of road congestion, and therefore offers a strong argumentation in favor of space efficient transportation, such as active modes of transport, public transport and collaborative mobility solutions.

Air pollution and road congestion are the main drawbacks of car-based transport systems. If pollution can be mitigated thanks to cleaner fuels, tackling congestion may entail more structuring changes. Building new roads to answer the increasing car traffic need is indeed often the first step in a cycle of automobile dependency. Extending the road network creates longer traveling distances and stigmatizes transport modes competing with cars. This promotes suburbanization and urban sprawl, which in turn creates more car traffic. 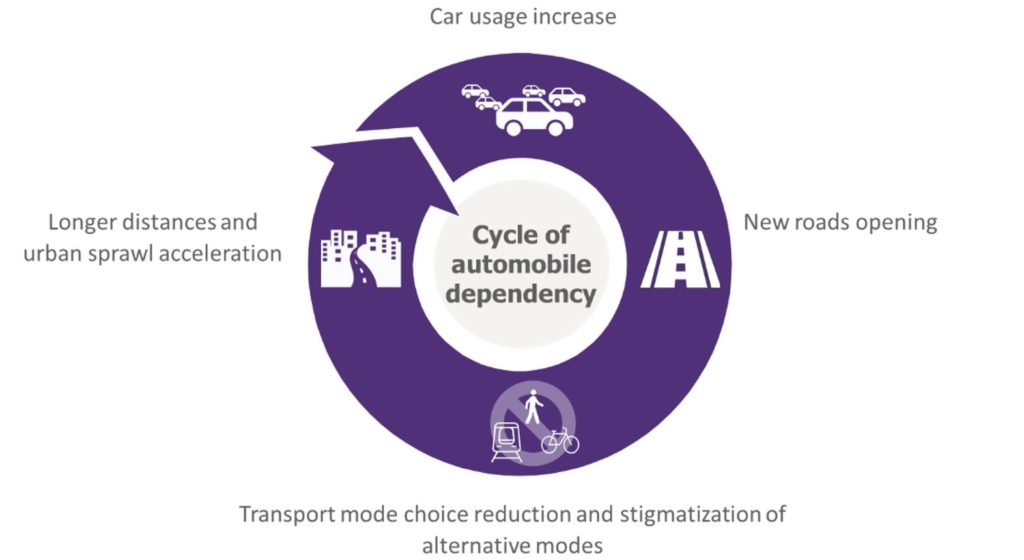 Secondly, the transport spatial footprint paves the way for an ecological, economic and social discussion, which puts the indicator at the heart of sustainable development. 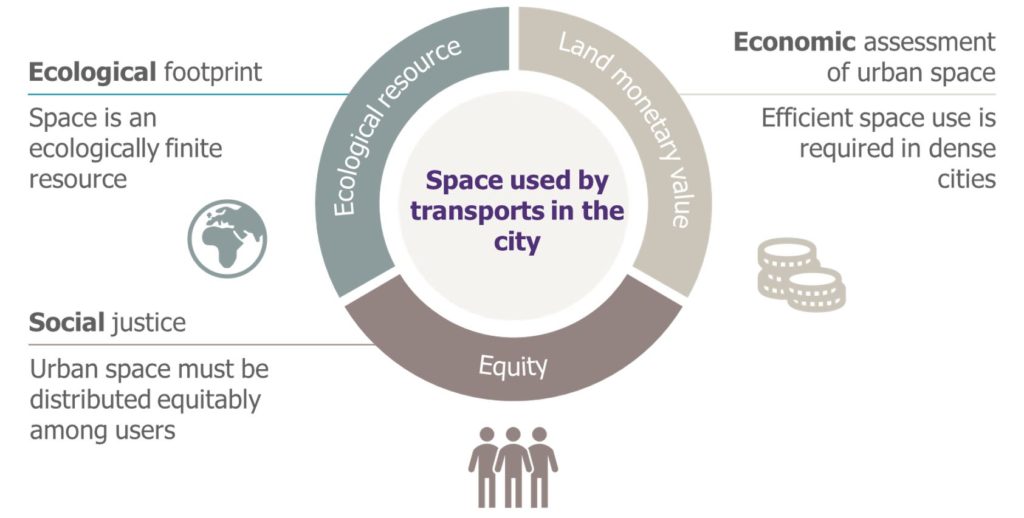 How to measure the spatial footprint of transport in the city?

If the concept sounds rather straightforward, the operationalization may prove more complex.

Here are four studies that have been realized on the subject:

Those figures are better interpreted in the light of a specific framework, such as space distribution equity among transport users or economic efficiency among modes. A good analysis scope would also define how underground or aboveground infrastructures are included in the calculation.

Spatial footprint measurements have not been used much. Massive urbanization and rampant motorization around the globe may nevertheless put spotlight on the issue. This could be translated into targeted objectives of urban sprawl for example, or a “space tax” similar to the carbon tax on modes that are high space consumers.